I'm considering renaming the project to its plural, hypercathexes, because then it can be about a hyper cat in a bunch of hexes.

The only real constraints I started with was that I wanted a simultaneous turn-based space game on a hex grid.

Amit Patel from Red Blob Games has basically the awesomest page about hex grids, and a ton of awesome pages about many other areas of game development. I think it's a fantastic resource for programmers like myself who don't do game dev as a day job, but just want to make a little game on the side.

Simultaneous turn-based means that all players plan their moves simultaneously, and they are then also executed simultaneously. This has an interesting scaling effect. On the one hand, it clearly scales better to many players, because players "play" simultaneously. On the other hand, you start getting interesting problems. For example, clock synchronization. Does the entire world advance with the same tick-tock pattern? What happens when a player does not make a move within the allotted time? If you allow different clocks in the world, does time advance faster if both players submit a move, or do you always wait until the maximum timeout?

I wanted an excuse to play with Om and found Chestnut.

The first version had a working hex grid, but displayed it using offset coordinates. I wanted to work using axial coordinates as much as possible, because it makes a lot of math so much easier. Axial coordinates work together with the "grain" of the hex map:

Second thing I did was move from individual <img> tags produced by Om to a single <svg> with hexes (<polygon>) inside it. This fixed a number of annoying placement issues with CSS. CSS really wants to position things based on bounding box, not midpoints. That's great for web pages, not so much for my hex grid. I ran into a number of annoying issues where certain hex borders would be wider than others. Browsers aren't made to draw hex grids based on left/right offsets, I guess... 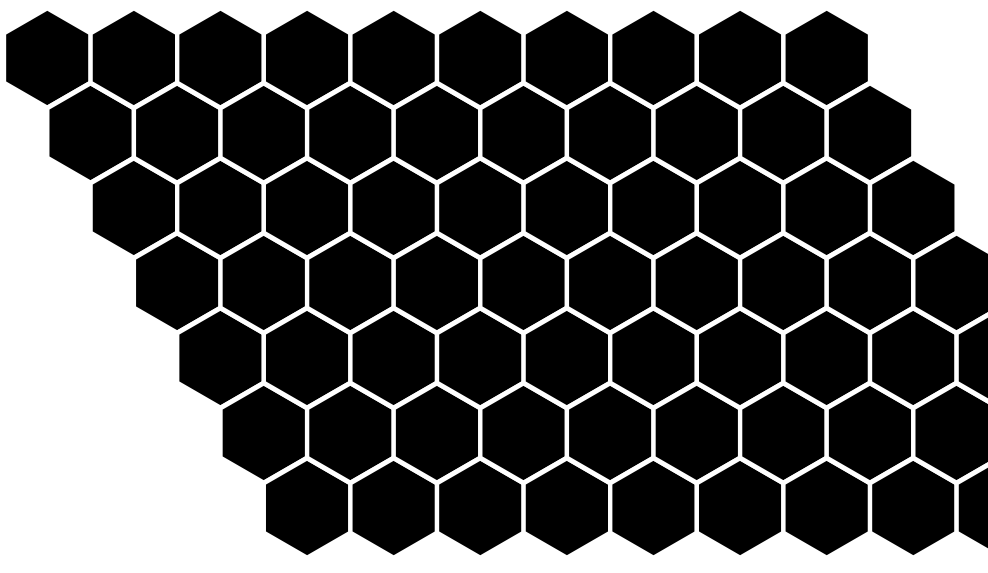 Developing in Firefox was mostly painless, but I discovered many discrepancies once trying it in Chrome. Things that should be the same aren't, particularly when it comes to transforms. For example, Chrome would occasionally literally do the inverse of the scaling it was supposed to: 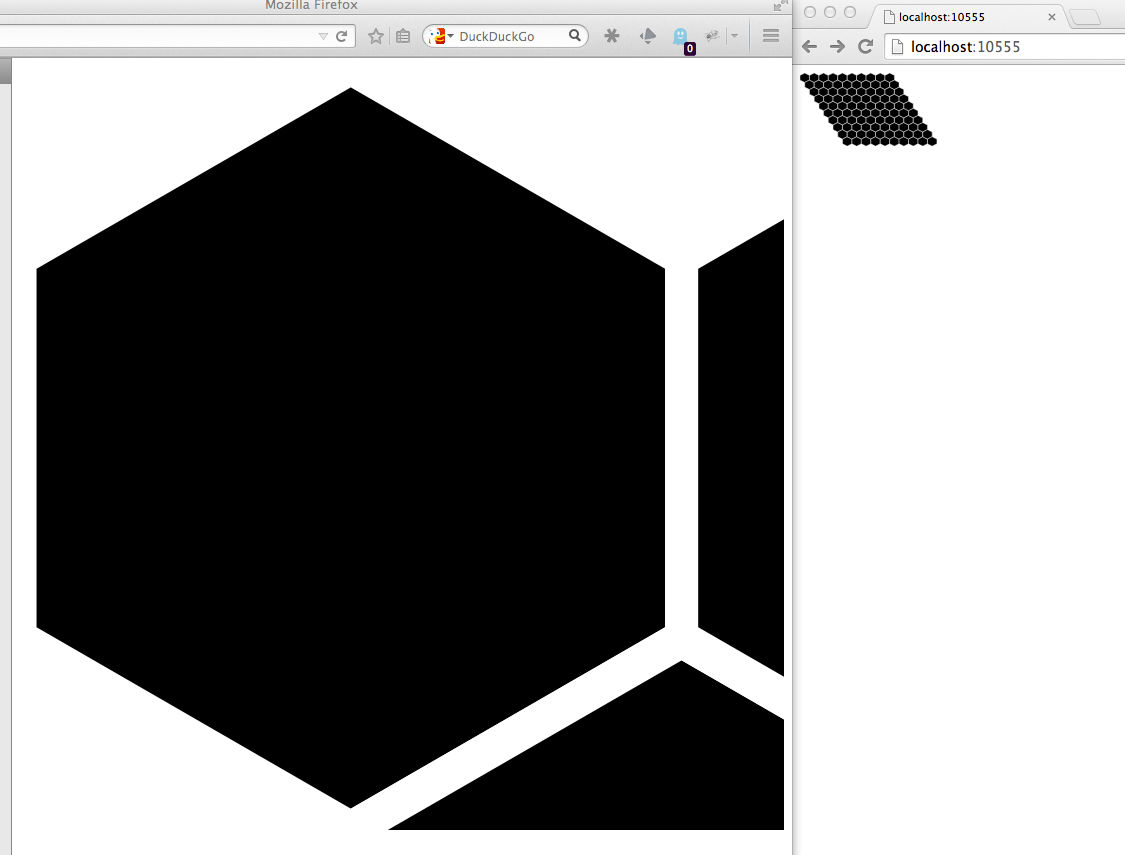 I guess trying to implement things in browsers was a mistake.